Macclesfield Forest is a working forest located in the east of Cheshire close to Macclesfield and Langley and Wildboarclough Villages.

The forest is owned by United Utilities and has four reservoirs of which two provide drinking water to nearby Macclesfield Town. The area that makes up the forest was once part of the large Royal Forest of Macclesfield, an area owned by the Earl of Chester that stretched from the Pennines to the Staffordshire Moorlands and the High Peak area near Whaley Bridge. The forest includes some broad-leaved trees but is largely made up of pine trees.

Until recently the forest was managed with a continuous cover policy by United Utilities but of late large areas of the forest which was mostly planted from 1930 to 1950 have been clear-felled with the aim of replanting with native broad leaves. Ridgegate and Trentabank are the two reservoirs that were built to provide drinking water, Ridgegate dates from the late 19th century and Trentabank was first declared open by the Corporation of Macclesfield in 1929 by H.R.H. Prince Henry, Duke of Gloucester.

Both of the highest points in Cheshire are close by, Shining Tor the highest at 559 metres can be seen from many areas of the forest including the Standing Stone area and Shutlingsloe at 509 metres high overlooks the forest and is a great walk with stunning views. The peak of Shutlingsloe is known as the ‘Cheshire Matterhorn’ thanks to its shape and resemblance to the famous Matterhorn Mountain in Switzerland. The correct spelling is Shutlingslowe but it is more commonly spelt as Shutlingsloe since being spelt incorrectly in the 1980s. The origin of the name comes from a Celtic Tribe the ‘Shutta’ and Lowe meaning hill or mound. 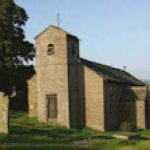 St Stephen’s Church, more commonly known as ‘Forest Chapel’ is part of the forest area near Standing Stone. A church was first built here in 1673 but was rebuilt in 1834, the church is known for its traditional rush-bearing ceremony which is held in August each year.

The largest Heronry in the Peak District can be found in the forest and it is home to a number of other animals including badgers, weasels and a herd of red deer, although you have to be extremely lucky to see these elusive animals, they are more likely to be spotted in the early morning.

We use cookies to ensure that we give you the best experience on our website. If you continue to use this site we will assume that you are happy with it.Accept